‘Orrery’ was originally published online by Writing on the Wall as the winning flash fiction entry of WoWFest 2016. 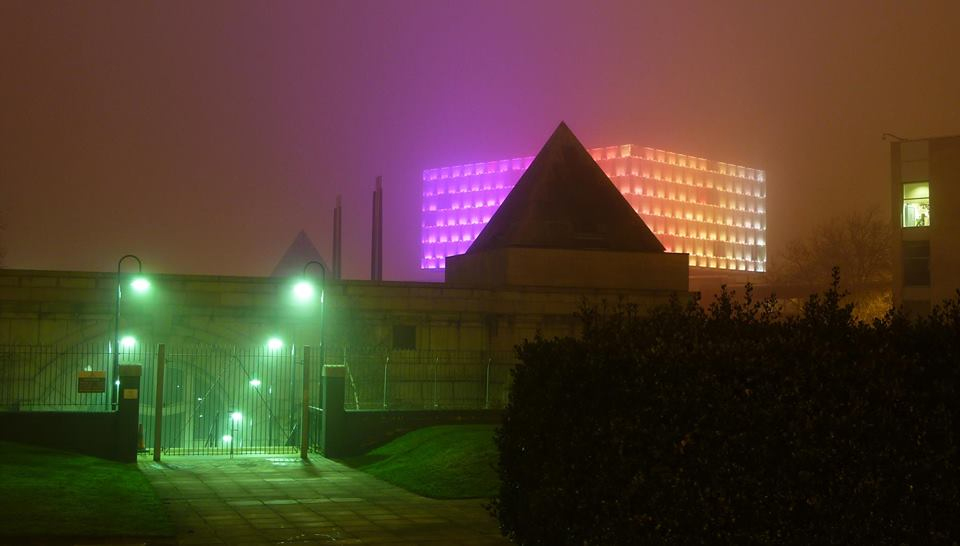 All traces of Pluto had long been removed from the planetarium. It had been years since Geraint last ventured through the navy blue corridors that weaved round the top floor of the Museum of What We Know So Far (or MuWWeKSoF, for short). He dragged his hand along the raised surface of the glow-in-the-dark dotted lines that charted circuits of the sun, a little higher up the wall on this visit. Pluto was gone from the domed map of the solar system above his head; was gone from the text panels that detailed surface areas, temperatures, gases and moons. Geraint squinted and scrutinised the space, expecting to find evidence of a painted-over planet, demoted to dwarf and erased. He hoped to at least find an explanation of What We Once Thought We Knew, but there was nothing. Not an asterisk or a footnote about the ninth planet he’d grown up with.

Geraint was alone until a pair of double doors opened into the space. Painted the same navy as the walls – and with no handles or architraves – they hadn’t looked like doors until they were pushed open by a trolley. Like a re-emerging ghost train carriage. It was a children’s activity trolley being pushed by a girl twenty years his junior. She wouldn’t remember Pluto ever having a presence here.

‘Excuse me?’ Geraint called after her.

‘We’ll be closing up in fifteen… Malcolm! There’s still someone up here.’ The girl announced without slowing or turning to face him.

‘I was just wondering what happened to the old orrery that used to be in here?’

‘Orrery. A hanging mobile with all the planets on metal wires…’ He made a rotating gesture with his right arm, while his cupped left hand was presumably meant to symbolise the sun. But he was drawing a blank from her. She stopped pushing the trolley and pulled out a rock from a plastic drawer.

‘You wanna check out what the moon feels like?’ She held it out towards him.

‘No, it’s okay, I was just wondering about the—’

‘It’s been authenticated by Buzz Aldrin… He says this is what it feels like.’

‘The orrery used to hang over there I think. Anyway I guess it doesn’t matter, I

Geraint took the stairs down and stopped on level three when he saw the sign for the Vivarium. He could hear the jangling of keys and figured it to be Malcolm locking up. He wondered if Malcolm wore a name badge that read ‘Hi, I’m Malcolm, how can I kick you out?’

Funny how the tanks of frogs and lizards had changed less than the solar system, since his childhood. He watched a cricket scarpering to the back of the tank in a futile attempt to escape a lizard, only to come up against a painted background of Arizona red mountains. Sticking out of the dirt was a piece of wire and there, under the foot of a gecko, was Pluto.